We have come to the annual pre-budget season once again where the usual rhetoric in relation to the removal of Negative Gearing and other unpopular outcomes make their way out of the closet to give the media some new doom and gloom scenarios to throw at us.

This debate may be something we would need to consider if the Australian Labor Party were in government, however, that is not the case and I think sufficient common sense prevails in the Turnbull Government so that we can safely put this back into the closet until this time next year.
BIS Shrapnel have prepared a detailed report in relation to Labor’s proposed negative gearing changes:

When I look back over the first quarter of 2016, the most positive outcome has been the sharp rally in oil and commodity prices in general, a decline in the USD and strength in the AUD.

I think this is largely a momentum driven rally including a large amount of short covering and as such lacks any real substance to continue for the rest of the year.

The positive in this is that it has allowed us to adjust the asset allocation and underlying investments in our clients non-property exposures to take on an even more defensive tactical position and overweight Cash (particularly USD) to be better positioned for the continued volatility that I expect in both Equity and Bond markets over the next year or so.

The economic backdrop continues to be broadly supportive for the Australian residential property market as the RBA has remained on the sidelines in relation to current monetary policy and has left the door open for some further easing in the official cash rate which the markets have already priced in.

The ANZ Research report below shows that there is still a fairly large undersupply of housing in the Australian market which is supportive of the current market cycle. That being said, it is still very important to be very aware of the value gap between the Nation’s Capital Cities and keep an eye on areas of oversupply which are typically found in any of the CBD areas. A number of Banks have blacklisted suburb postcodes which they are not willing to give new loans for due to supply and demand issues which do not support property prices in those areas.

We will continue to monitor all these factors over the year and share some insights along the way.
I wish you every success for 2016…

The consequences of limiting the tax deductibility of negatively geared residential properties would impact any expected tax savings, according to a new report from BIS Shrapnel.

BIS Shrapnel’s report, Economic Impact of Limiting the Tax Deductibility of Negatively Geared Residential Investment Properties, said changes to the current negative gearing setup would go well beyond any saving of the income tax concession, to a multitude of unintended consequences.  read more

Is there still a housing shortage in Australia? ANZ Research says about 250,000 dwellings 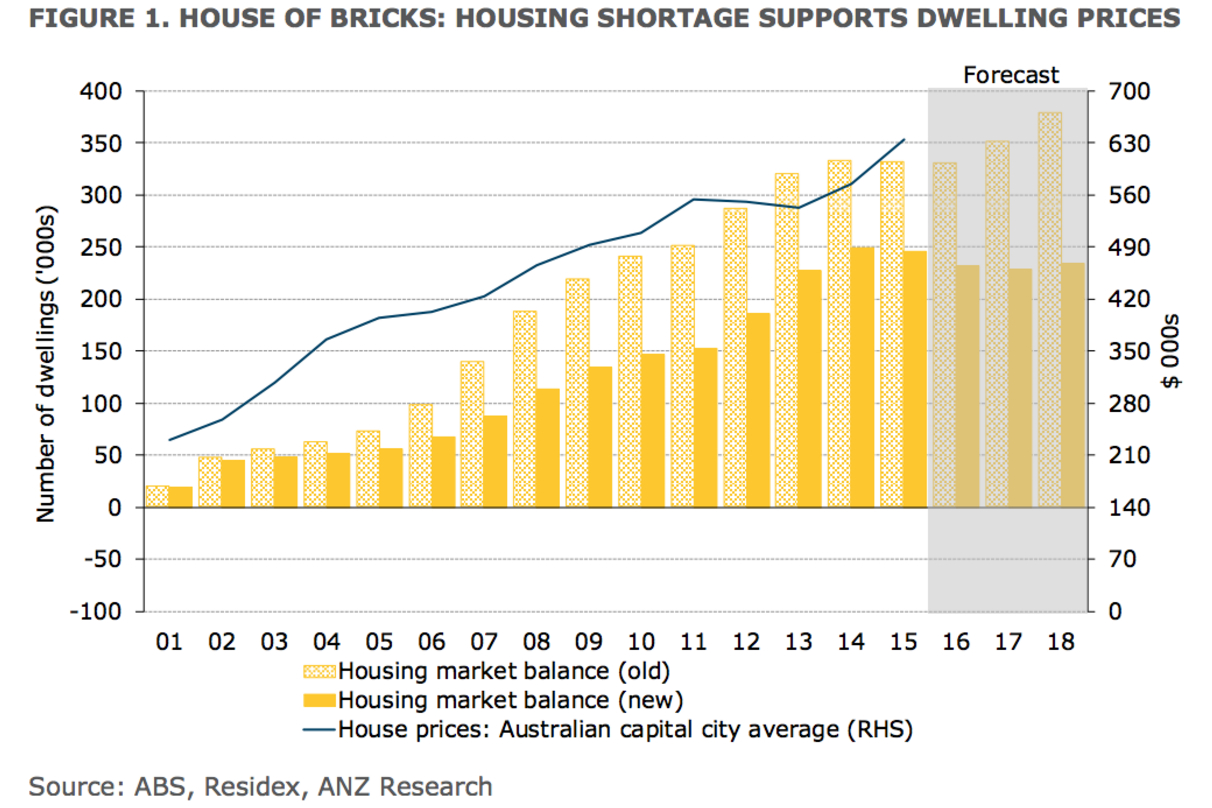 The national shortage of housing in Australia is nearly 250,000 dwellings, lower than previously estimated, but still a long way from being in structural surplus, according to ANZ Research’s latest Economic Insight.
The study forecasts that housing construction and underlying housing demand will see a modest unwinding of the current housing shortage in coming years. This easing will, however, challenge the short-term support to dwelling sales and price growth from the underlying … Read More

Australia’s Property Tax Perks Are in the Crosshairs

Australian investors enjoy some of the most generous tax concessions in the world when they buy real estate. That could be about to change.

About 1.2 million Australians use so-called negative gearing, where they reduce their tax bill by deducting the costs of owning
a rental property, including mortgage interest payments, from their taxable income.
Some countries including Britain and the U.S. allow property investors to deduct costs from investment income; Australia is
unusual because it allows the deduction against wages… Read more..

Hedge funds and other large speculators turned bullish on the Australian dollar last week for the first time since May 2015, while Macquarie Bank Ltd. said selling South Korea’s won is now the favoured way to bet against China.

Although Asia’s largest economy is the primary destination for both Australian and South Korean exports, the Aussie’s 0.8% drop this year pales in comparison to a 4.6 percent slump in the won that’s come as China’s benchmark equity index has plunged.
Expectations of relative price swings for the Australian dollar are the lowest since the first half of 2015 when compared with a
JPMorgan Chase & Co. index for the overall currency market. 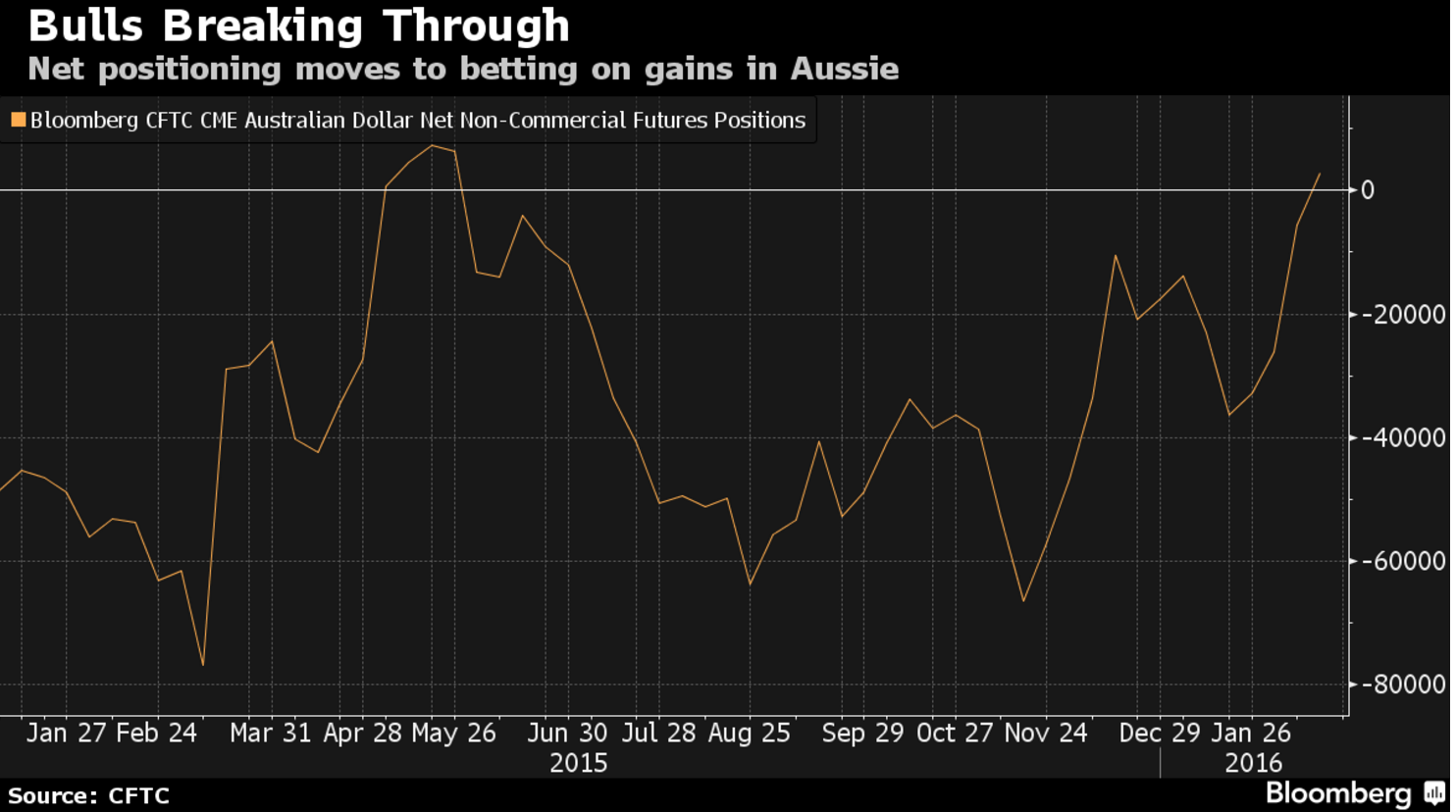 The Aussie dollar has climbed about 6 percent from a near seven-year low reached in January amid signs Australia’s labor market is recovering enough to allow the Reserve Bank to extend a nine-month stretch in which interest rates have remained unchanged. Read more…

Brisbane is under construction. Anyone driving through the Valley, Newstead or South Brisbane can see that. The streets are
lined with hoarding plastered with impossibly beautiful vistas of the CBD from across a computer-rendered infinity pool.
Buyers want to know what Brisbane is going to look like in three years’ time. How will the landscape of this city change as a
result of the recent surge in apartment construction? We will discuss the future apartment market in Brisbane. How many and
what types of apartments will be built and where they will be built.

There are currently 18 projects under construction across the inner city that have recorded complete sell-outs, totalling approximately 2,600 apartments. There are a further 9,170 apartments under construction across 50 buildings that are actively being sold and advertised to the market-place. Many of these have had significant levels of enquiries and sales in recent years.

On top of this, 33 brand new developments are being marketed and are in the pre-construction sales phase.
There is a further pipeline of more than 21,000 apartments that have not yet hit the market. These projects are in planning and the likelihood of them making it into the marketplace depends on a variety of factors, the biggest of which surrounds finance and risk. Read more …

Oversupply being extended by new construction 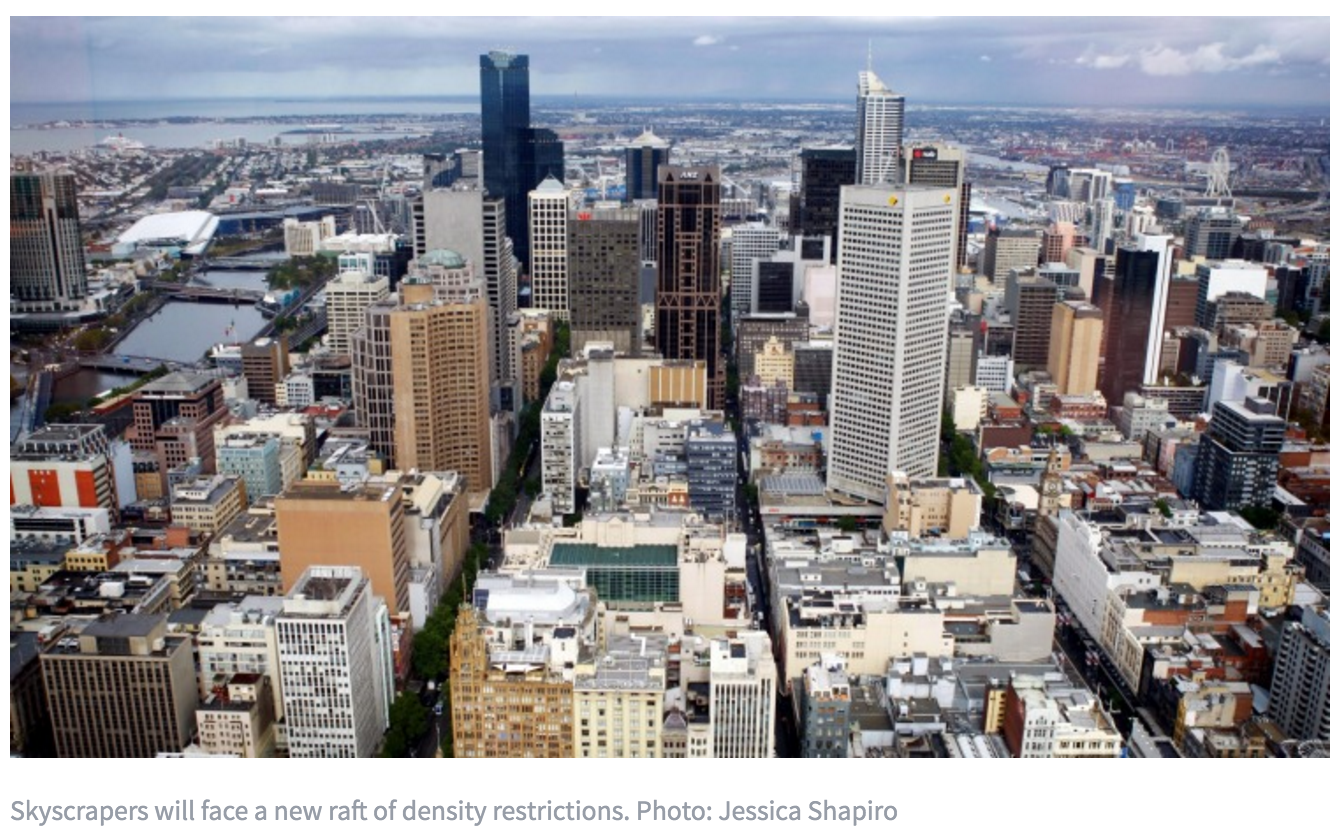