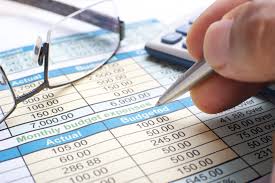 This has been a topic for speculation for some weeks which finally ended on Tuesday night, thankfully !

I would like to point out that these are proposed changes which need to be passed in parliament to become effective, and we have already seen further media speculation about a raft of possible outcomes, including a double dissolution election in the future if Tony Abbott feels these measures are being thwarted.

From a macro view the 2014-15 Budget incorporates a $11.6 billion Infrastructure Growth Package that will contribute to an estimated $125 billion of additional infrastructure, including incentives to encourage asset recycling as a catalyst for unlocking significant new infrastructure investment. The government estimates that upon completion, these infrastructure projects will add around 1 percentage point to annual GDP. I think this is very positive in the longer term and shows good use of fiscal policy to address the current state change for the drivers of future economic growth.

The 2014-15 Budget is set against an economic outlook that is characterised by the Australian economy’s transformation as it moves from growth led by investment in resources projects to broader-based rivers of activity in the non-resources sectors. This is occurring at a time when the economy has been growing below its trend rate and the unemployment rate has been rising

The key initiatives in this year’s Federal Budget include:

The definition of income for the Commonwealth Seniors Health Care Card will be expanded. From 1 January 2015, an amount will be included in the income test, based on an account-based pension being subject to deeming.

I thought I would add the two articles above just to emphasize how quickly financial predictions change in response to news that has often been widely anticipated and I don’t think that a rate cut is likely.

Washington Green Property is your expert adviser for investment in Australian property. We provide a full tailored concierge service for each of our clients from finding the right property based on your own situation, projecting and managing your cash flows, structuring and arranging your financing and working with a team of professional settlement agents and property managers to ensure your property is tenanted, saving you time and money. Book your complimentary consultation with our team here.

Disclaimer: This information on this site is for general information purposes only. It is not intended as financial, tax or investment advice.