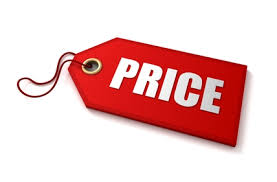 I thought the interview with John Edwards from Residex is worth looking at to get a bit of an overview of the Australian market, and he thinks that Sydney and Melbourne may have peaked for this cycle, However, if we look at the NAB’s view, we can see that they predict quite robust rises for most regions.

I think it is simply common sense to focus on the two states with the most diversified economies, which are Queensland and NSW, when selecting an area for property investment, unless you have no choice due personal reasons which may restrict your selection capability. Too often we see individuals making potentially incorrect strategic decisions based solely on an emotional bias due to wanting to invest in the same location that they live in.

ANZ chief economist Warren Hogan told the Committee of Economic Development of Australia that the “housing market is at the early stages of a solid cyclical upswing” fed by low-interest rates and market shortfalls.

“We expect a 15-20 per cent lift in home prices between 2013 and 2015,” he said with long-awaited rises already underway in Sydney and Melbourne” ANZ one of the country’s biggest banks expects house prices to rise as much as 20 per cent before the end of next year, with lifts predicted to begin soon in parts of Queensland.

NAB modelling indicates that average capital city house prices will rise by around 6% through the year to December 2014 and by 5% in the year to December 2015, which is more bullish than the average survey forecast. House price growth should be supported by continued low-interest rates, improved affordability, population growth, long-standing supply issues and foreign buying activity.

However, unemployment pressures and the economy are likely to put a ceiling on how high house prices will go.